I stopped filling the tracker completely because I focused on automating the creation of torrents. It will be very cool - you throw in app the address of the folder on the computer, the script parses all the data (track list, bitrate, name of the gang, album), creates a torrent file and upload it all on the tracker. And this is only the first stage. Due to lack of time, the development is somehow slowly progressing, but I plan to finish by winter. 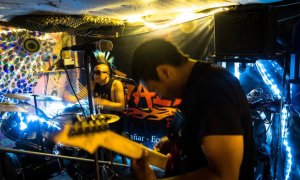 The questions were answered by Axel, the drummer and vocalist of LA BALA PUNK (which can be translated as "fuckin` punk", from the Andean dialect of Spanish). Their first album can be downloaded here on the torrent. With the beginning of the protests in Ecuador, communication with him was lost, perhaps when she appears it will be possible to ask him about them.

I moved site to the “.org” domain now we live at https://www.terralibera.org/ The server moved from USA to the Netherlands, because US hosting company terminated the contract with me after starting Putin`s war. Now I live in Russia, but to accuse me of sympathizing with Putin`s fascist state is idiotic in the highest degree. I hope I will soon change the country of residence if I have time before the borders are closed. Of the pluses: the ping (waiting time for a response from the server) from the Europe/Russia became 40 msec, it used to be 350 msec. Plus, I improved some database calls and the page load speed hangs around 400 mms, this is OK. I didn't measure the speed on the last server, it's a pity. Of the minuses: all the ratings in the search engines were reset due to the fact that I had little time for a competent site moving. Now I will have to understand SEO in order to return everything to its previous positions. From the new: I began to cut a bot for auto-generation of torrents, so as not to spend a lot of time filling the tracker, but to deal more densely with its functionality.

Сall for protection of the squat community of Prosfygika 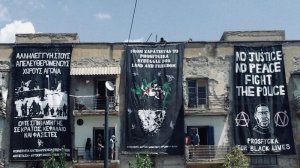 We address this call to collectives and individuals from all around the world to join the combative defense of PROSFYGIKA against the imminent repression. The attempted evacuation of our neighborhood must be turned into a central event of resistance and a victory against political power and the gentrification of our neighborhoods in the metropolis.

Interview with NO HEART 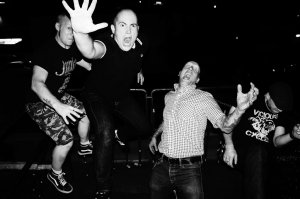 Describe the usual working week of a usual Canadian skin.

This answer of course assumes I am a usual Canadian Skin (which I may not be) But a regular week for me is spent working way too many hours (10+ a day 5 days a week minimum) - I have a good job and like what I do, but I also have a lot of obligations and so I work my ass off to try and meet them. Spare time is spent with my family as much as possible and I still try and squeeze in a couple of nights a week to play music. The one luxury I do have is my work is also the rehearsal space for both of my bands (The down side there is that I spend even more time at my place of work) - Somewhere in between all of that, I try and throw a few cups of coffee, a few beers and even a meal or two into my body... and if I can I'll try and catch a bit of sleep and maybe a shower and shave.